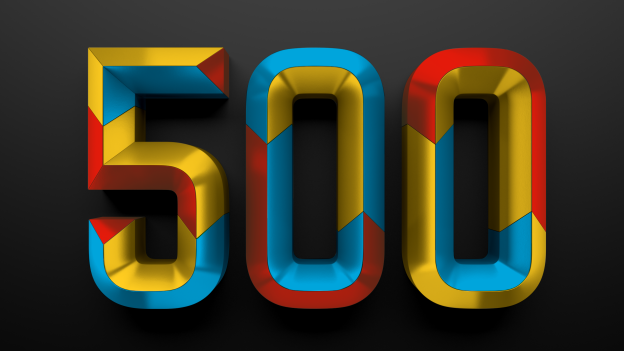 For those who live by the Que sera, sera principle (the future is not ours to see), read no further. For the rest of you, read this oracle (oops, article).

What’s on the horizon

While the European Parliament mulls the legal issues around autonomous robots (aka electronic persons), Bill Gates has been vocal about the idea of slapping a tax on robots. Not because he foresees robots hiding their money in offshore accounts, but because the tax would raise money to retrain the workers who are replaced by their mechanical counterparts. In Gates’ master plan, the money could also be spent to inject much-needed cash into sectors such as senior care and education, where humans skills are better suited.

Urban planners and policymakers are looking at new ways to design cities based on crowdsourcing. Crowd urbanism uses online platforms to find new ideas by reaching out to the masses so that cities are built from the figurative “ground up”. We’ve come a long way from feudalism, baby.

Not counting its predecessor, the bread machine, among the first 3D printed food was candy, made by a US company for a consumer electronics show in Las Vegas in 2014. Since then, you could say the palate for digital food has become more refined, with sweet and savoury recipes emerging for 3D chocolate, marzipan, dips, and even meat. Even Michelin-star chefs are embracing the craze. For Italian grandmothers, though, it signals the culinary Fall of Rome.

It will be interesting to see if vegetarians get their vegan-leather panties in a twist over lab-grown meat, or whether they will embrace the trend and dive into a guilt-free burger. Grown in a lab from cow cells, slaughter-free steaks are now on offer. The insect food movement is also gaining speed. Swiss startup Essento is serving up burgers with mealworm larve to popular acclaim. And while most won’t be the first to grab a bag of crickets as a healthy alternative to chips, for those who do, the packaging label read: “Caution: may contain bugs”.

The Hindu belief in the sanctity of cows has a subsequent benefit: climate protection. While governments the world over that signed the Paris Agreement wrack their brains about how to reduce global warming, they might look to India, a nation made up largely of vegetarians, for a solution to the methane problem.

With mass migration expected to continue for the foreseeable future, and no-fixed-address being the status quo for many globetrotters, medical data that can be accessed via mobile phone could become a major benefit to those hopping borders. Likewise for healthcare systems needing a way to understand the health history of those on the move. Healthcare files in your pocket could be an extension of fitting your life into a backpack.

IQ test to determine the right to vote

this one falls in the same category as our last Future Scan tool (buy the right to have children). Look to the results of the Brexit referendum, the 2016 US election, or visit any chatroom featuring extreme-right or left political debates, and it is clear that democracy has fallen into the hands of the plebs. While it wouldn’t be a bad idea to give people a Government 101 quiz, a test determining voting eligibility would just not be, well, democratic.

The Machiavellian scientists of our time are those researching “behaviour design” to be able to make technology more addictive. Social media rehab are becoming a thing, as are week-end digital detox retreats, and schoolchildren are doing 24-hour internet-free challenges. Even the creator of the Infinite Scroll function and former Mozilla employee Aza Raskin is likening social media to heroin and cocaine. As governments address internet addiction en masse, it is only a matter of time before lawsuits follow…suit.

The rise of Mindful technology

The flip side of the tech coin is benefit, however contradictory, it can offer those looking for a way to disconnect. Apps such as Headspace and Calm for meditation provide what might seem as a hypocritical solution to being too wired (or wireless). And virtual therapy and coaching tools Ginger.io and Talkspace are online counselling rooms for those who choose that approach to getting help. Kinda like talking to Siri when drunk, only better.

First “right to disconnect law” is voted by a government

Because many of us are not skilled at creating boundaries around work/life balance, governments are stepping in to protect employees from workaholic schedules imposed by an employer. If these bills pass, it will be illegal to require staff to reply to after-work emails or texts. Say goodbye to putting your boss on airplane mode while you shower, and say hello to a good old-fashioned dinner without being pinged.

Judges are trained in Algorithmic fairness

In the game of Monopoly, the procedure by which someone goes to jail is simple. And if AI is introduced into the US justice system, that could be too. Still highly controversial, the up sides is that it might put an end to biased judges, and would certainly provide an antidote to the Judge Cavanaughs of the world.

When it comes to the future of mobility, sharing is caring — bike and car sharing schemes, trip-planning apps, and Uber — information and resources are pooled to get people from A to B cheaper and more conveniently. It also cuts down on traffic and pollution as cities become more congested. Public transit systems and private enterprises alike are looking for better ways to move people. Because a hassle-free journey is indeed something to get misty-eyed about.

Oceans will be farmed

Fish farms notwithstanding, the possibility of ocean farms for food production could become a reality. This won’t look like corn or apple trees growing on the seabed, or feature any botanical gardens in the place of coral reefs. Rather, there would be a mix of seaweed crops and shellfish such as oysters and mussels growing in a polyculture vertical garden. Sounds fishy, in a good way.

Antarctica & Arctic will be open for business

The continent governed by 53 countries is a hotbed for tourism (up 17 percent last year) even if it’s still a cold bed for sleeping. Private yachts and planes, and adventure tourism are the first waves of polar expeditions, but that could pave the way for more business, such as resource extraction, as the continent warms. Same goes for the Arctic, where drilling for oil is already in place and cruise and container ships are regular traffic. Stoplights coming soon.

Innovation proverb: Don’t throw the baby out the bathwater

Søren Kierkegaard said: ‘Life can only be understood backwards; but it must be lived forwards’. The important thing as we consider this list is how to navigate these coming tidal shifts in our culture. It will be necessary to keep a sense of balance and perspective as the future approaches. We mustn’t forget that innovation is simply a fancy word for “new”.

And although new is novel, it shouldn’t be at the expense of what is working perfectly well as it is. If we mess with a good thing, then at some point the old way of doing things will start to feel refreshing — not having to remember a thousand passwords for everything, calling a business that answers the phone, the taste of a tomato that was not grown in a greenhouse in December…